A recent question on the Assistive-technology Jisc mail list (https://www.jiscmail.ac.uk/cgi-bin/webadmin?A0=ASSISTIVE-TECHNOLOGY) sparked some interesting debate. Alistair McNaught thought the debate was worthwhile enough to summarise as a blog post. In the process he discovered some weird and wonderful things about redeeming inaccessible PDFs…

How are PDFs good for accessibility?

If a PDF document has been created to basic accessibility standards it has the following benefits: you can..

How are PDFs bad for accessibility?

As Ted Page points out, problems with PDFs are problems with the accessibility awareness of the creator rather than the format itself. However, a poorly accessible PDF document is much more common due to their current abundance in the ebook publishing supply line. The problems might include:

How can you make a poor PDF better?

Make sure you are aware of good practice in making accessible PDFs. Detailed guidance is available from Adobe’s Best Practice Guide but for casual users the UK Government’s advice on creating accessible PDFs from Word documents is a readable starting point.

Option 2 – for readers. Open it in Microsoft Word!

Somebody asked if there were any accessibility benefits of opening a PDF document in Microsoft Word. I didn’t know so I tried. To my amazement a PDF with no bookmark navigation in Adobe reader and poor reflow (all the spaces between the words disappeared) turned out to be considerably more accessible when opened in Microsoft Word. Figure 1 shows a sample of the PDF in Adobe reader. Note there is no bookmark panel available on the left hand side because Adobe Reader has been unable to identify structural headings. 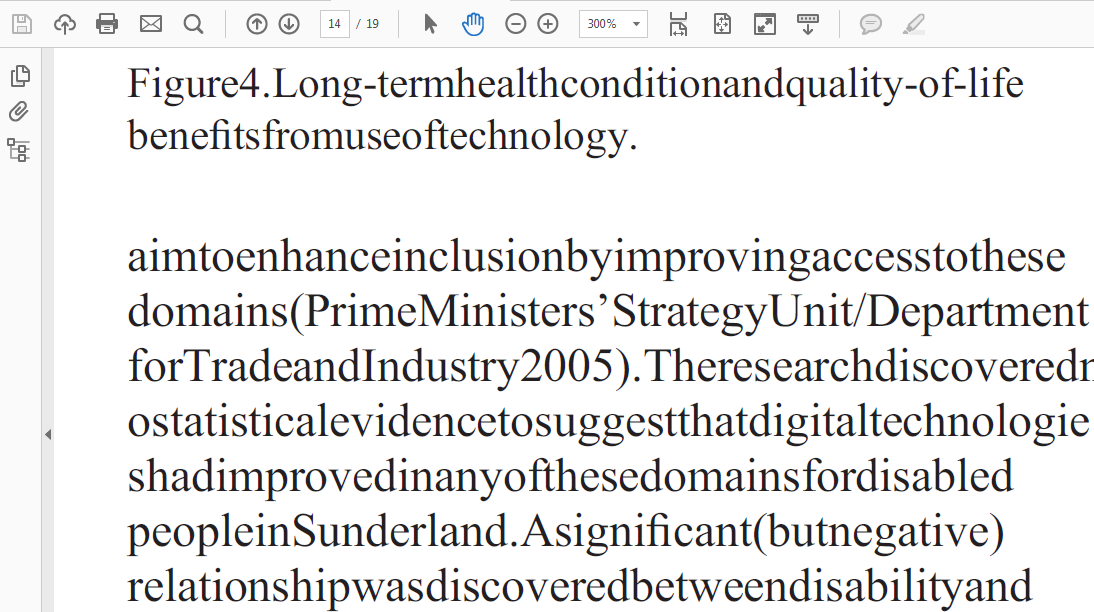 Figure 1 – a PDF in Adobe Acrobat – it appears to have poor accessibility.

In figure 2, below the same PDF document has been opened in Microsoft Word. It is immediately apparent that the authors had used inbuilt heading styles for accessibility. Word has picked these up in the Navigation pane. The spaces between the words are present and it’s easy to select a paragraph and use the inbuilt Speak selected text tool in Microsoft Word to listen to the text. Weirdly, it appears that some inaccessible PDFs are more accessible if you open them in Microsoft Word!

Figure 2 – Opening the same document in Microsoft Word shows that there is a heading structure (picked up by the Navigation Pane) and the texts is all perfectly readable.

Option 2 – for readers. Use the PAVE tool

The PAVE tool is a free online service (http://pave-pdf.org/index.en.html) that identifies accessibility problems in a PDF and then helps you to correct them. I tried it on the sample PDF used above. It successfully identified reading order problems and made it relatively straightforward to correct them but it failed to identify most of the structural headings so I was unable to add bookmarks through the tool. It did identify a fairly random selection of headings on its own but they were too random to be useful. When I finished working with the pave tool and re-saved a copy of the PDF it still had the problem of words running together when the document was reflowed. I’d recommend trying the PAVE tool with other PDFs – it may work better with others.

An accessible PDF can be as good or better than an accessible Word document depending on needs. Word has the advantages of user familiarity and more flexible/reliable inbuilt text-to-speech (from Office 2010 onwards). Similarly, any content requiring mathematical symbols or formulae will be more accessible to screen readers in Word if the inbuilt Equation editor is used.

A PDF with poor accessibility in Adobe Reader may be worth opening in Microsoft Word because Word seems to be better at identifying headings and recognising spaces between words.

An accessible PDF document may be preferable to an accessible Word document if you’re learner needs more than 500% magnification. Learners with motor control issues, repetitive strain injuries or working on highly magnified and reflowed texts will potentially benefit from the Automatically scroll option in Adobe Reader.

As with much in the field of accessibility the answer is rarely straightforward but it begins with asking the question of the author – ‘Have you taken accessibility into account?’. Knowing the options the formats provide and matching them to the learner in front of you is key to success. Equally important to success is belonging to a community of practice where people are willing to share expertise together. If you work in accessibility and you’re not already part of the Assistive-technology Jisc mail group now would be a good time to join because it’s the people on that list who made this article possible and I would like to acknowledge their contributions.

2 thoughts on “Word or PDF? What’s the learner experience likely to be?”